Posted by the scribe on December 14, 2017
Posted in: This is Not a Test. Leave a comment

Some weeks ago we played the “Snipe Hunt” scenario from This is Not a Test, with four rival warbands searching radiation-scarred urban ruins for items of value:

Most of the game saw the Raiders squaring off against the Mutants, while the Preservers skirmished with the Caravaners. Despite an early lead by the Mutants, Fifty Cal Sal and her band of outlaws would ultimately emerge victorious. 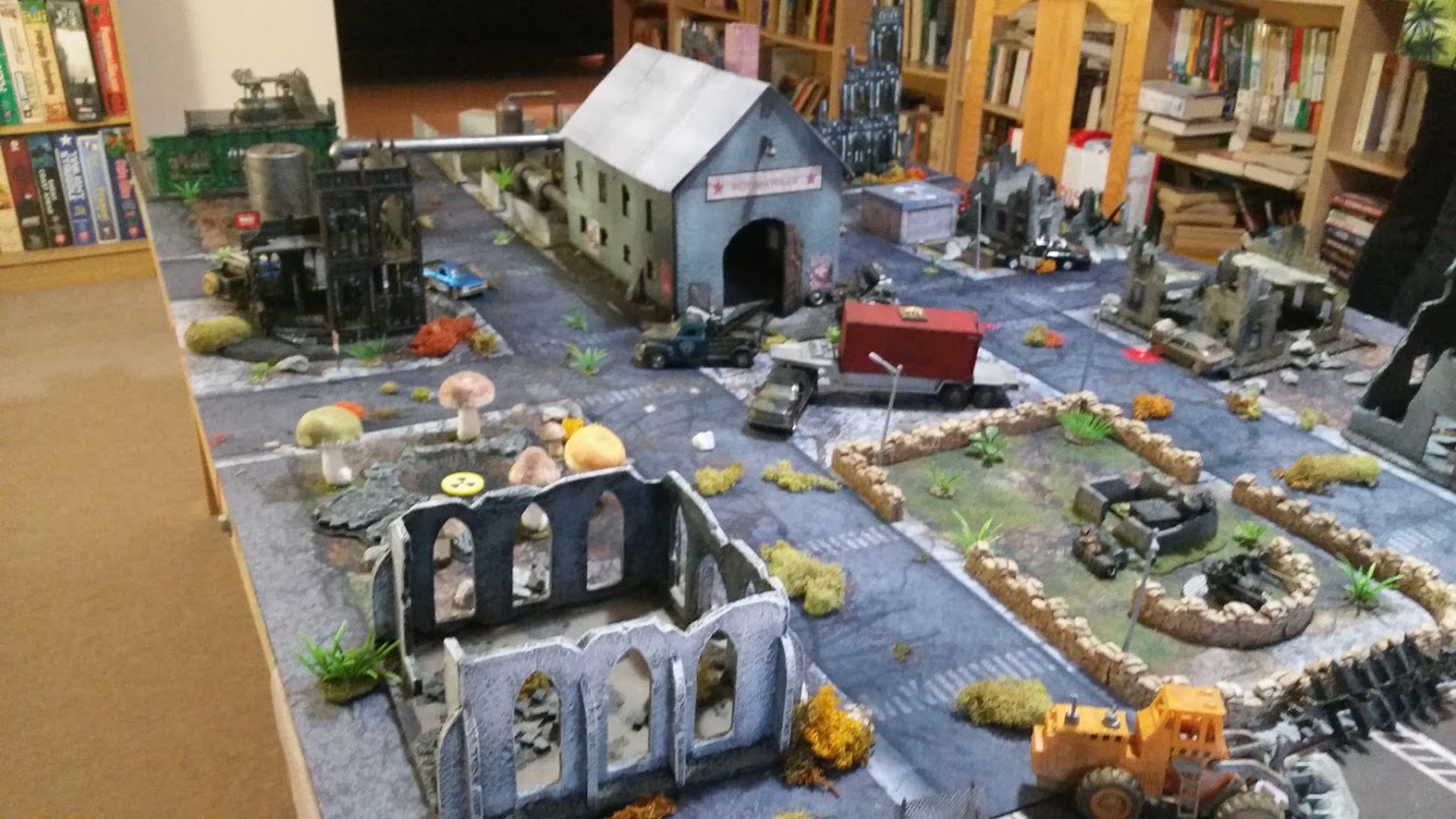 The Factory. Something valuable was inside. 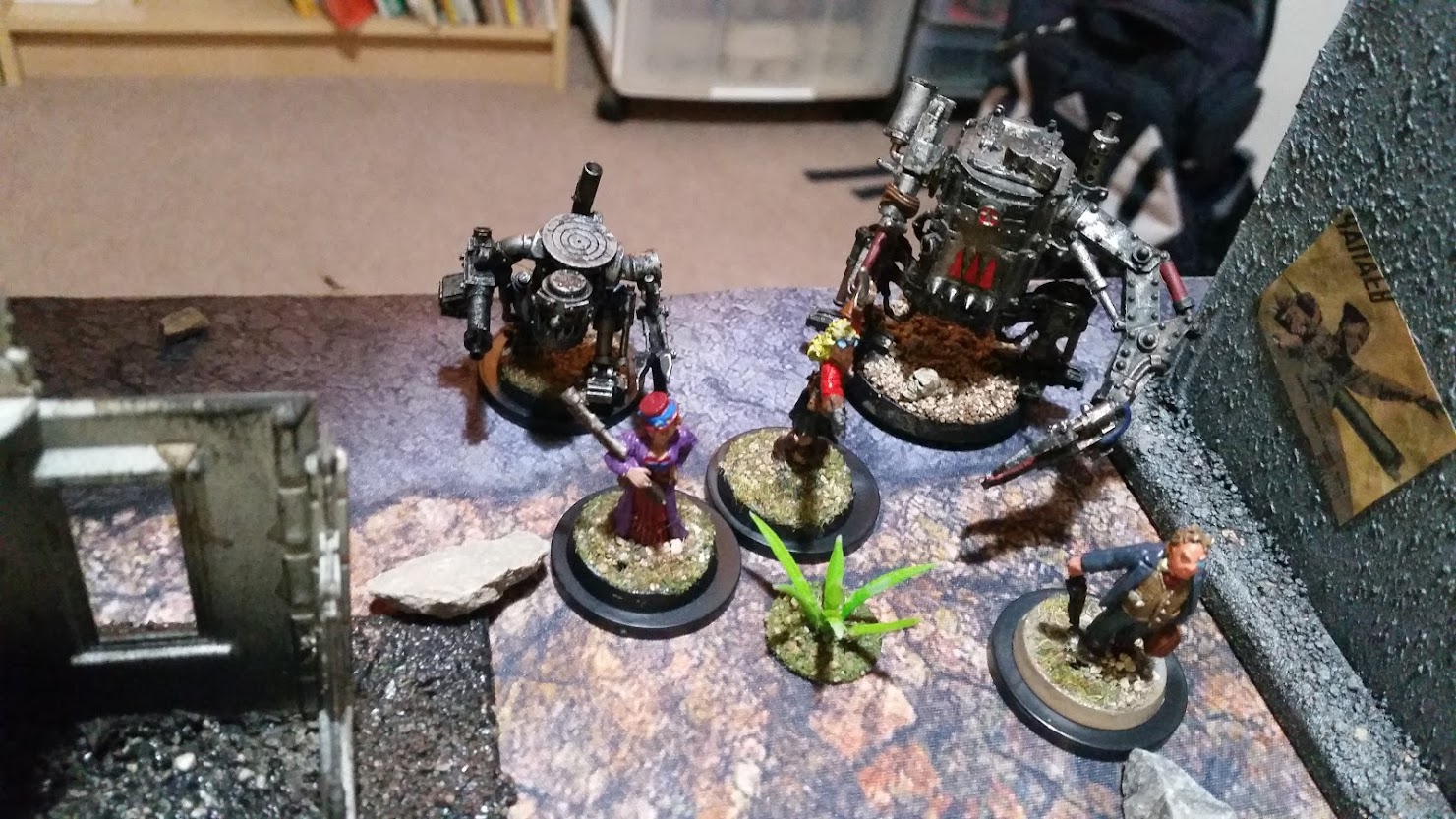 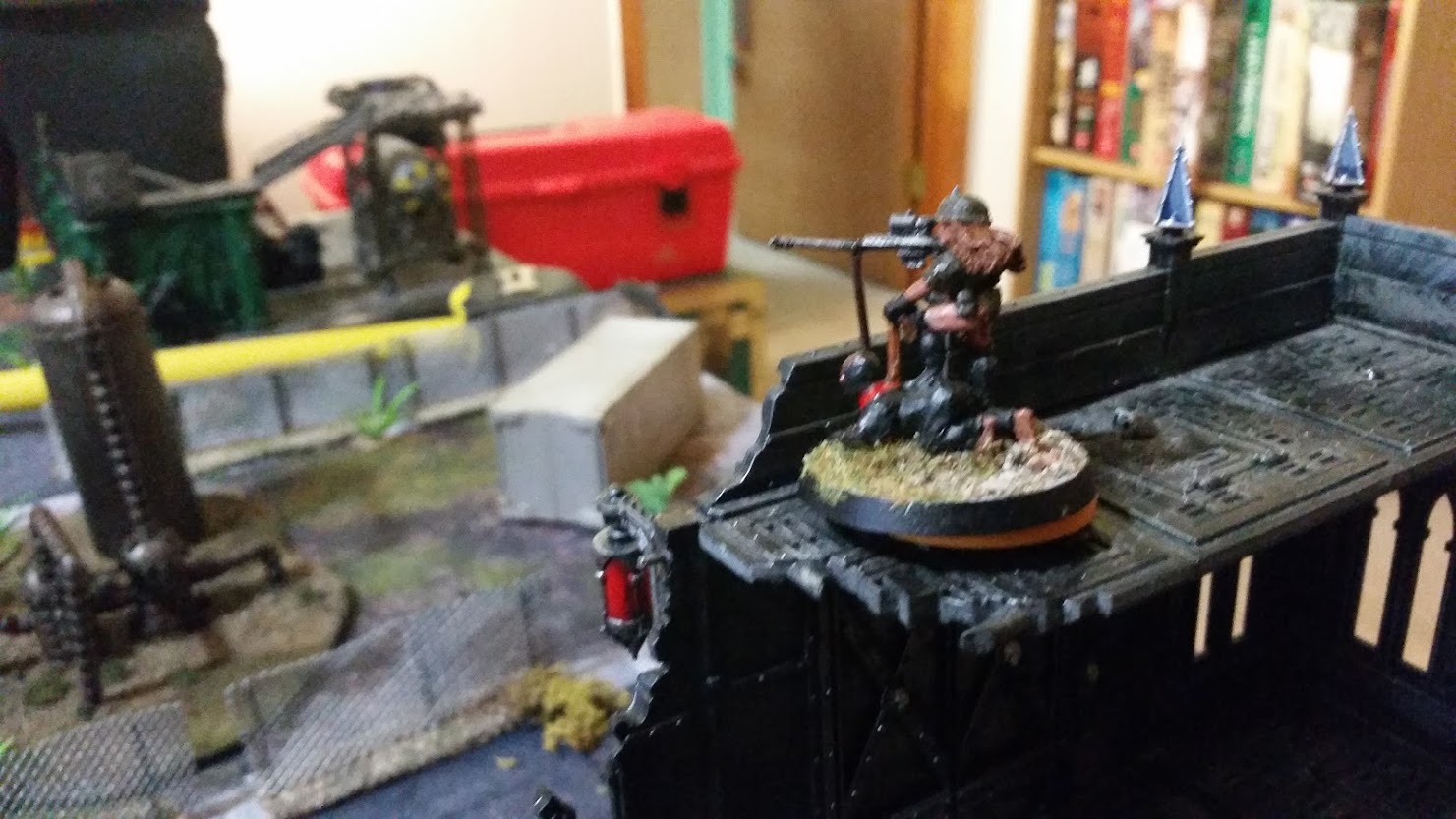 Fifty-Cal Sal takes down a cultist from afar with her sniper rifle. 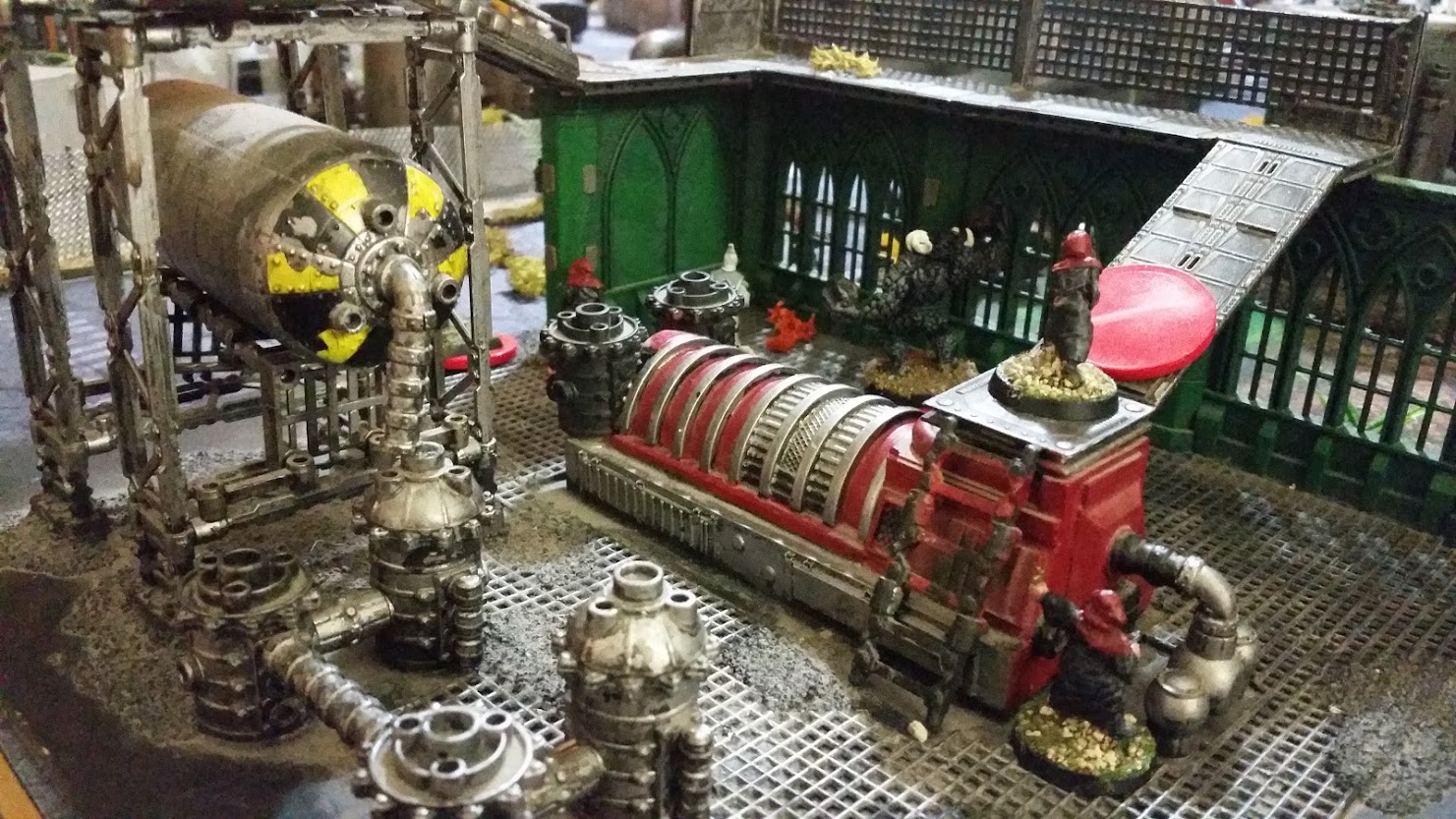 The remaining mutants shelter in the generator building.

Arnold Atomix advances with his Caravaners… 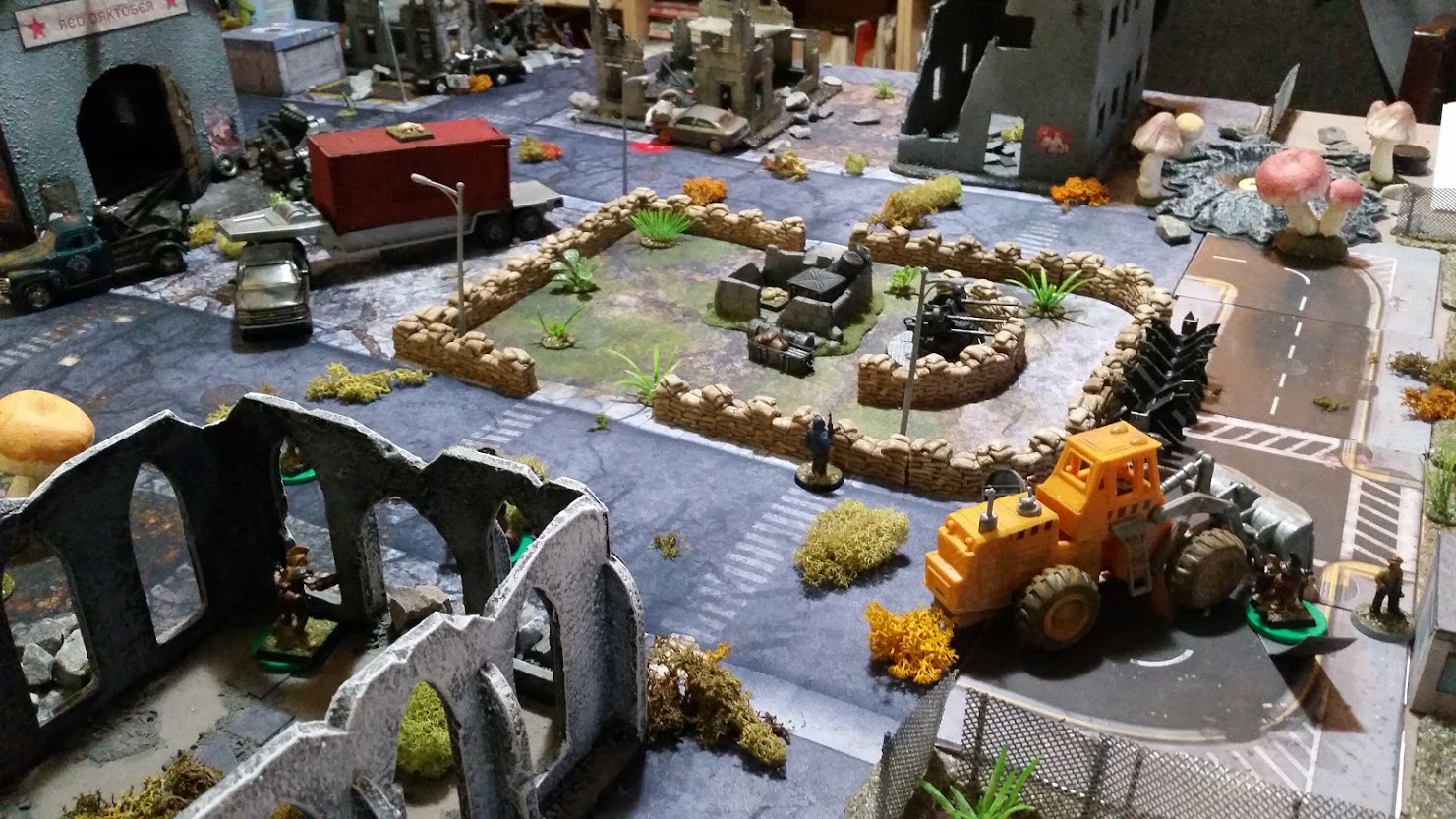 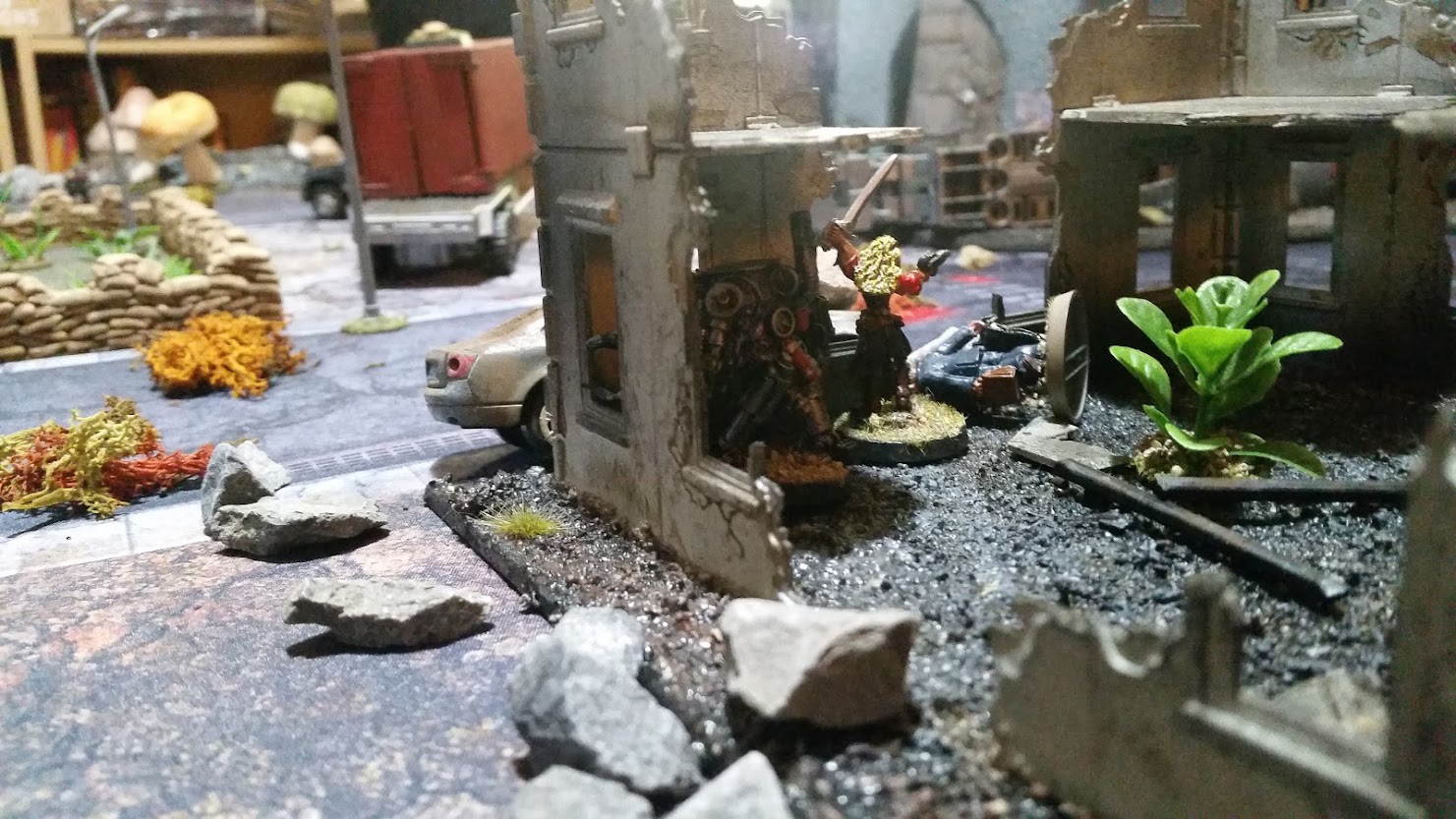 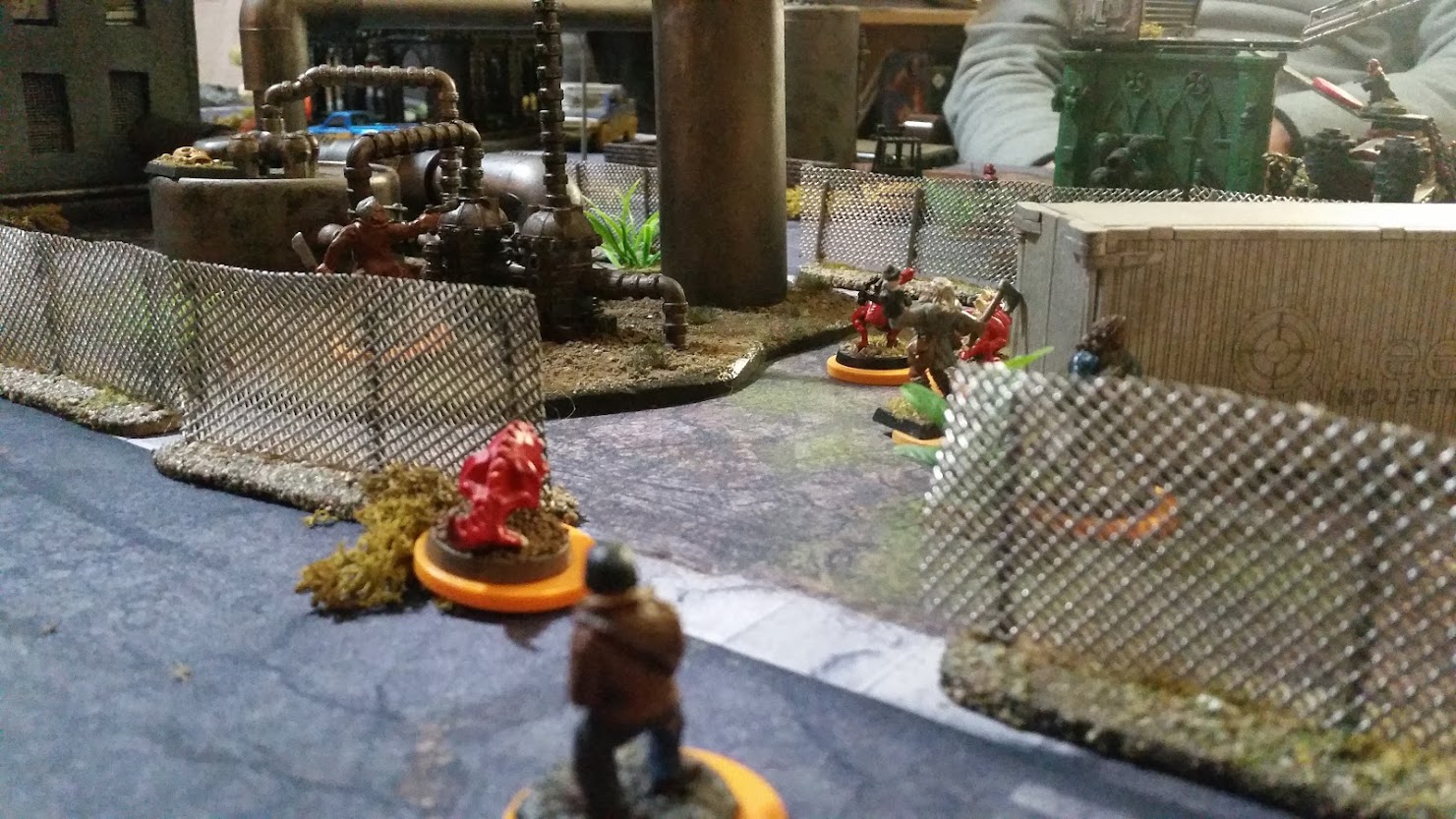 The Raiders surge forward, Finius is in the lead, accompanied by his mutated mongrels: Fido, Rex, and Spot. Jackson P. Samuels takes up the rear. He’s had it with these monkey-fighting mutants on this Monday to Friday terrain.

The Raiders secure the Factory. 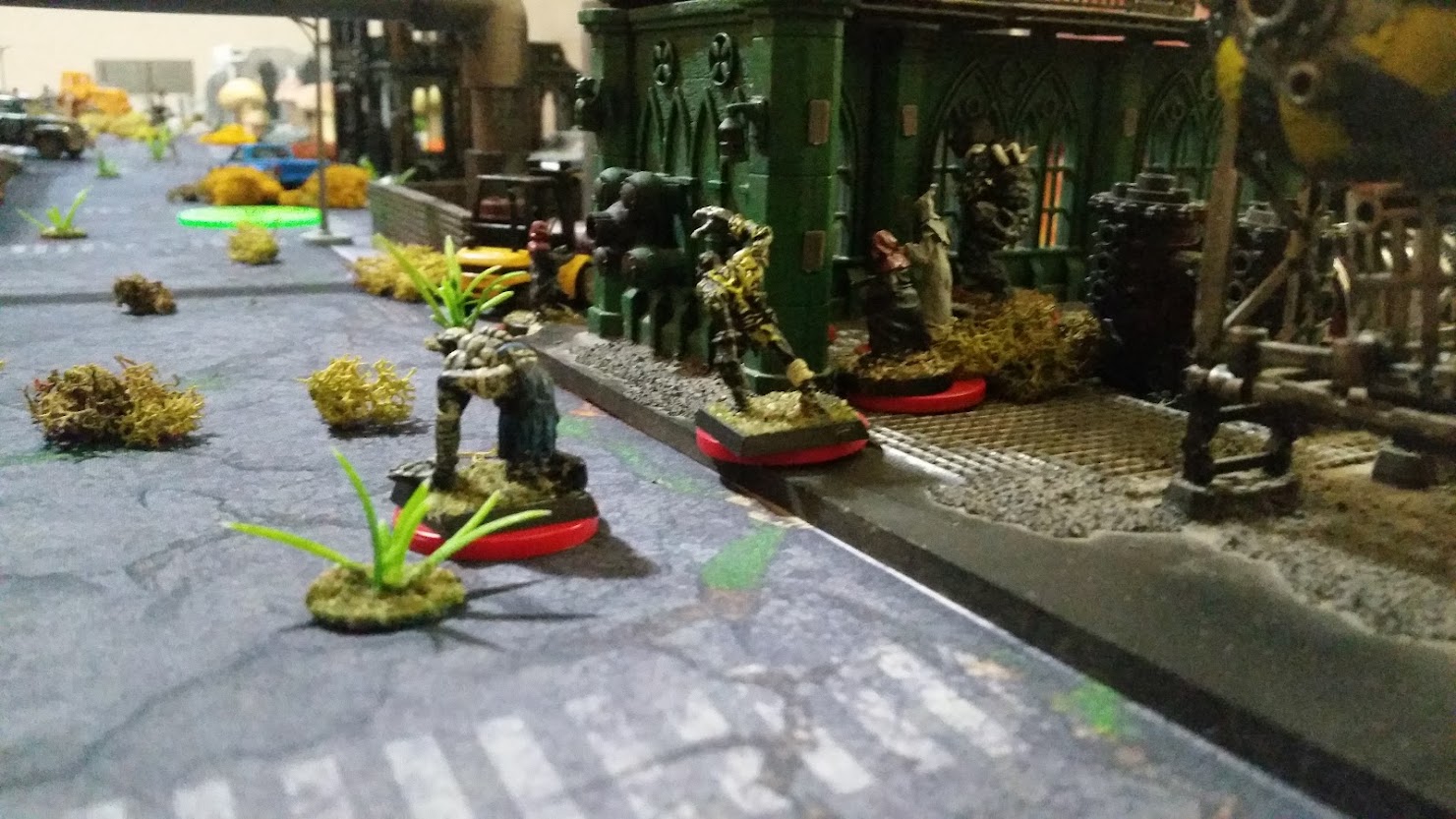 Unleash the mutants! Penitents Grrrr and Arghh advance to meet their foes. 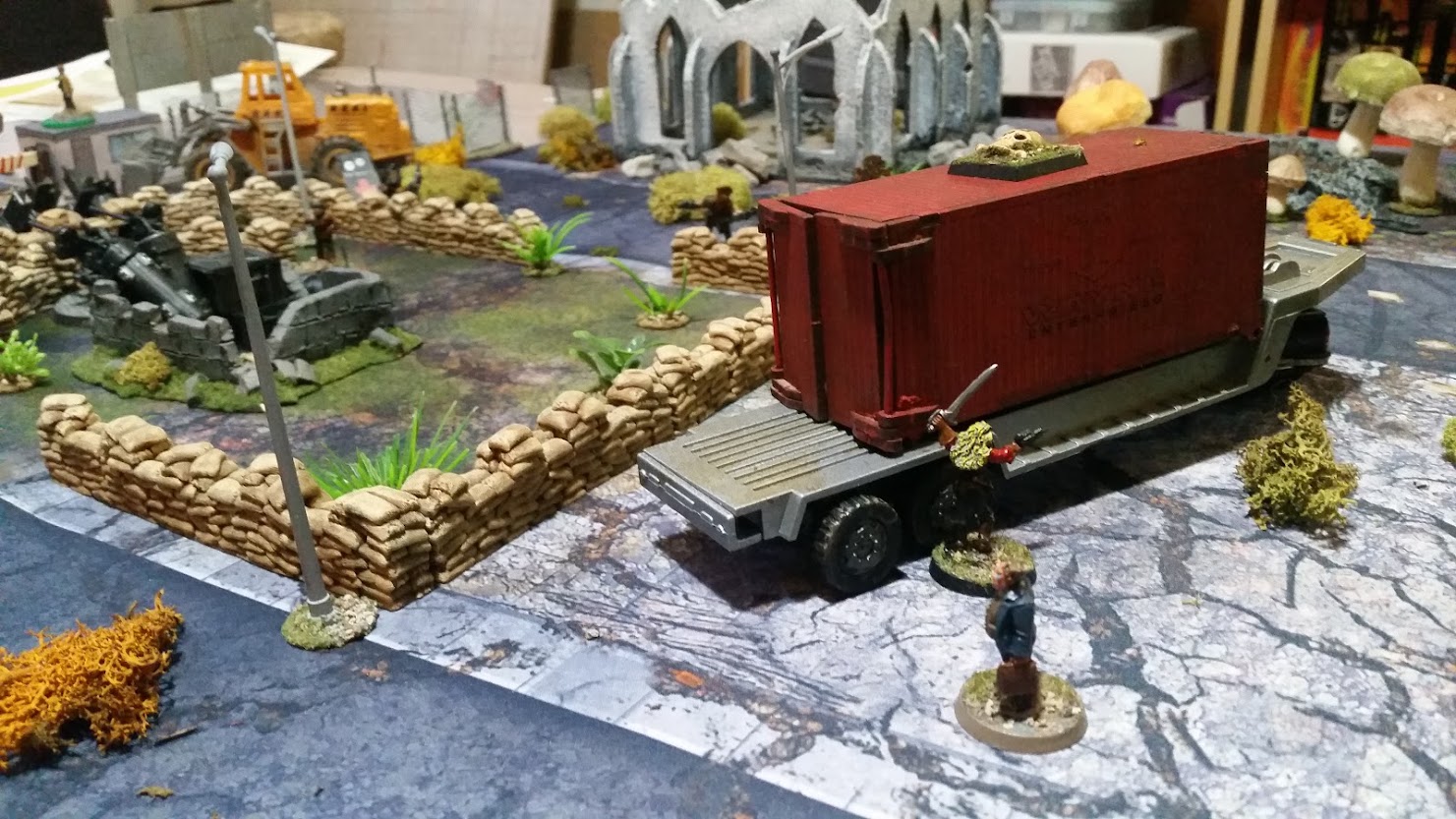 Two Preservers move towards the shipping container. What might be inside?

Crazy Ivan moves among the abandoned vehicles with his flamethrower, hunting Preservers. 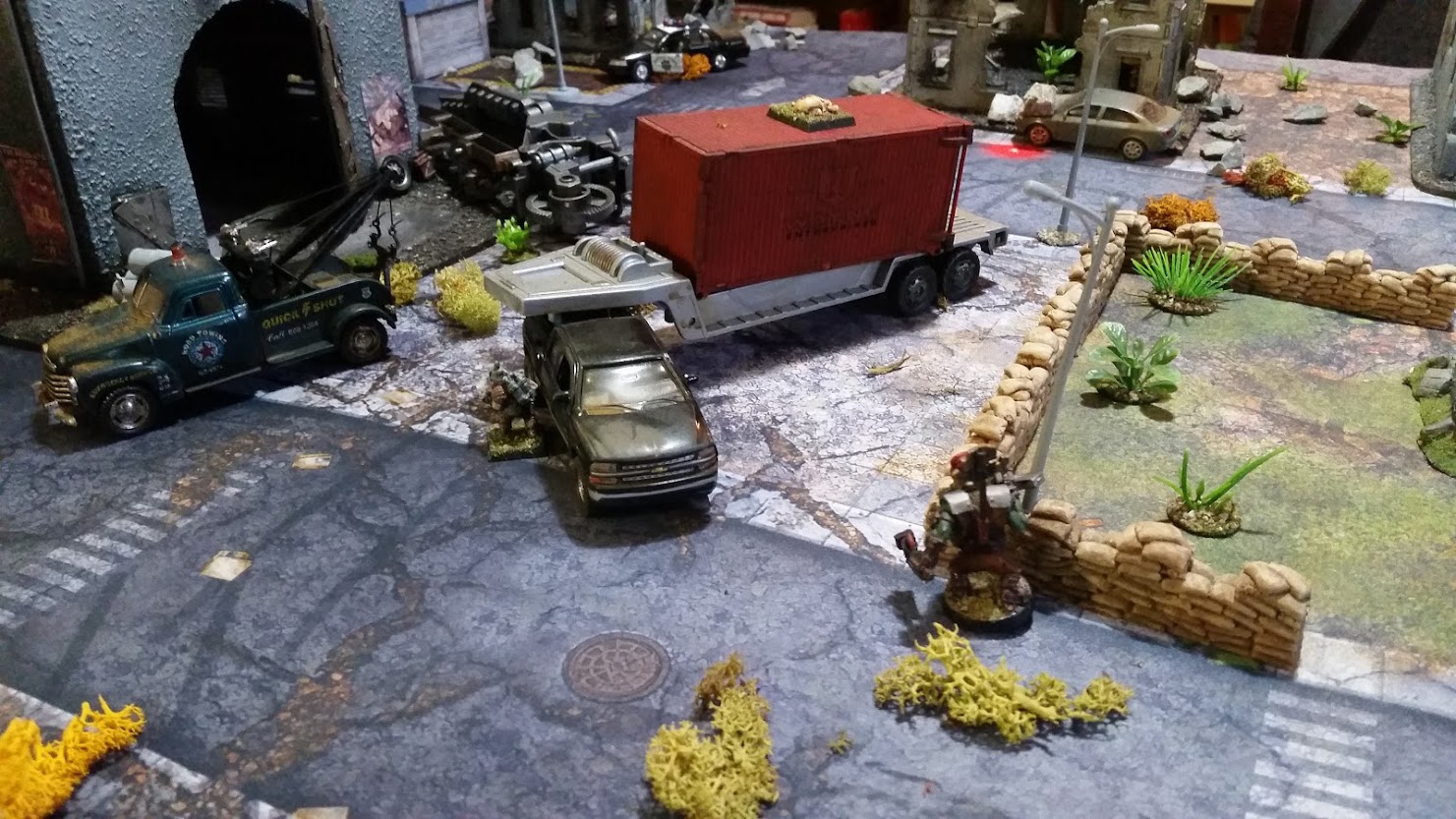 Glork moves up to help, despite a hail of grenades thrown in all directions by Professor Quark. 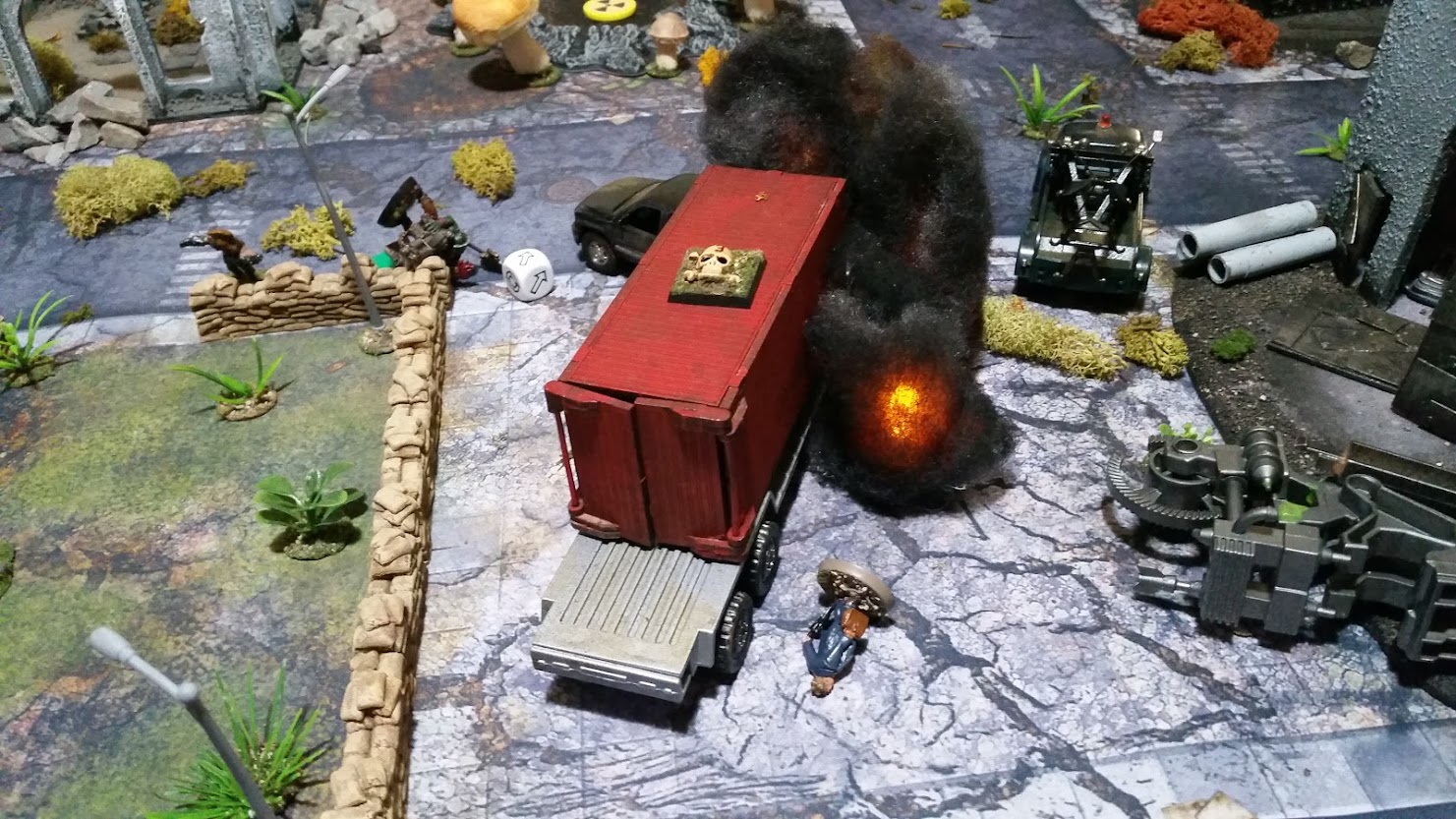 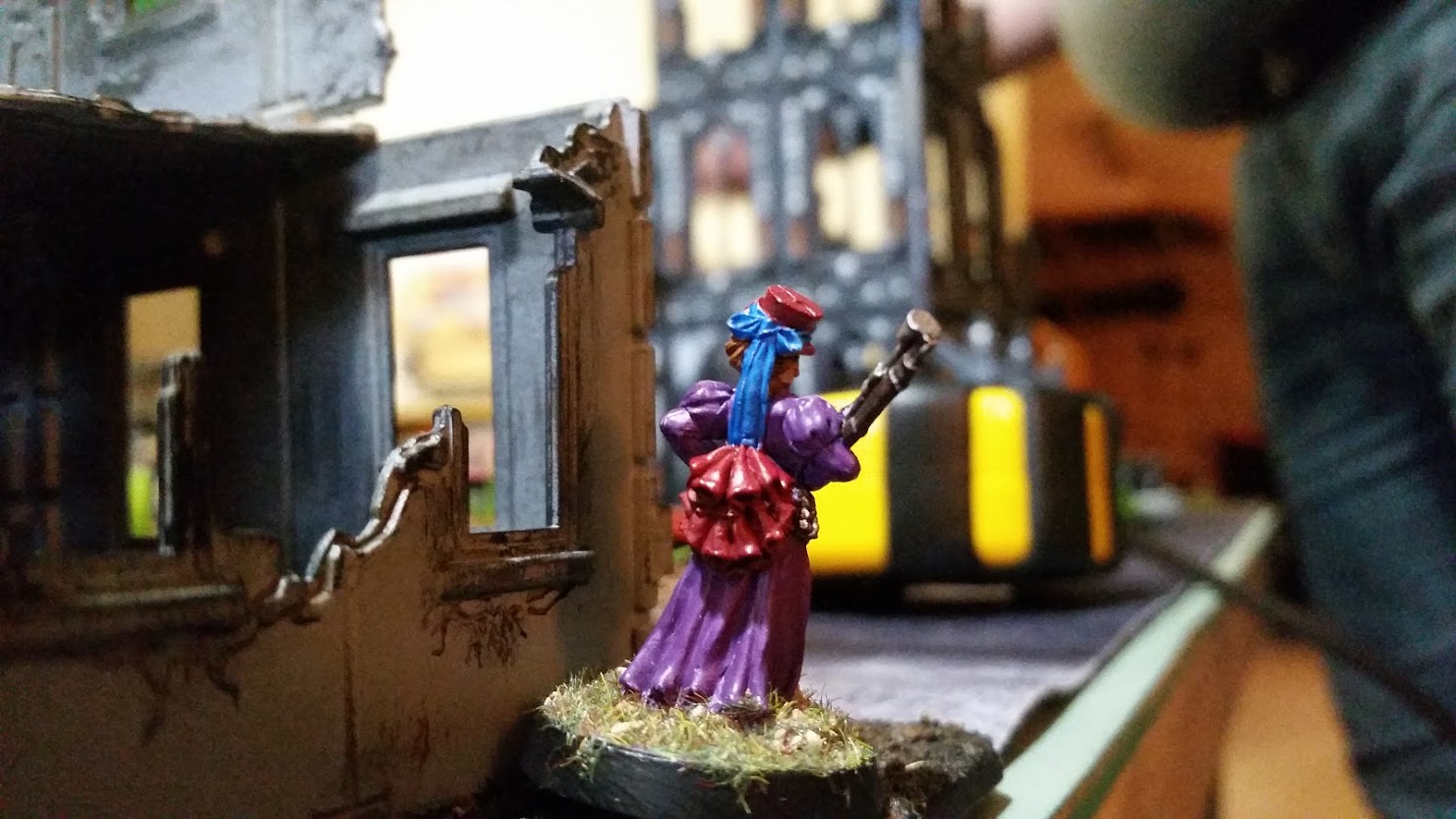 Madame Curie tries to get a shot at Fifty Cal sal with her laser rifle. 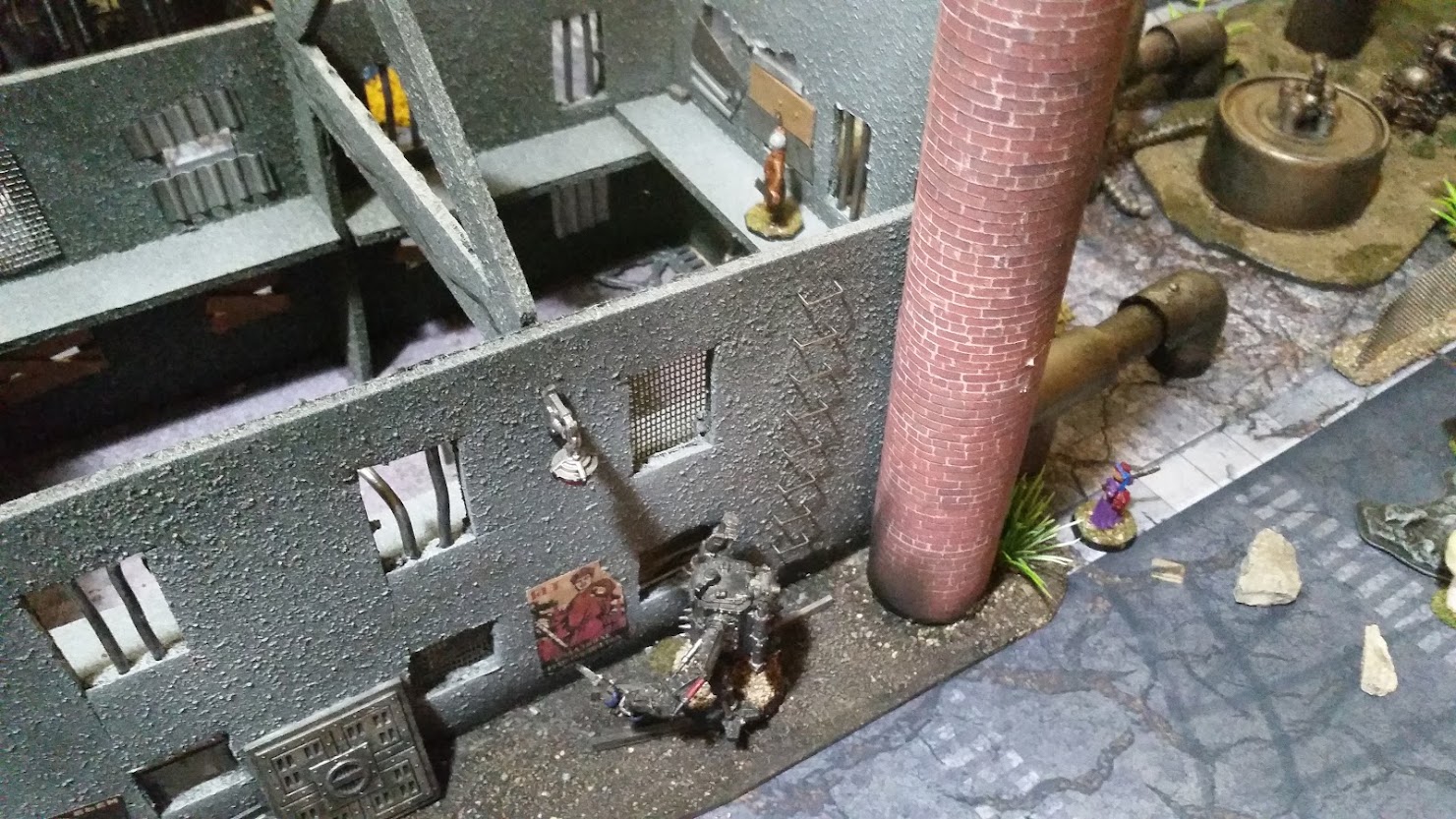 As a hostile Wreck-It-Bot forces its way in after him, Dick Danger secures the treasures within the Factory—and thereby a Raider victory.